All of us could use some strengthening in areas of our lives in one way or another.

The nation of Israel, way back in 5th Century B.C., was in need of some fortifying too.  After being captive in Babylon, they started to return home to Jerusalem.  But everything had been destroyed.  It all needed to be rebuilt– the temple, the houses, the city wall… You could say it was just a big ol’ mess.

If that wasn’t enough, they were constantly threatened by their enemies.   Not really the “Welcome Home” they were probably expecting.

After many years delay, the people finished rebuilding the temple.  But there was still another problem.  The city had many enemies and no wall around it for protection.

If they didn’t want their enemies to destroy them, they needed to fortify a wall.  Not a partial or weak one, but strong and around the entire city.  God knew this, so He sent Nehemiah to encourage and oversee the construction.

Israel, with God’s help, finished building the wall around Jerusalem despite many threats, ridicule and dangers.

Even though they had a physical, stone wall of protection around their hometown, it was not enough.

Stones are never enough against an enemy who never rests.(1 Peter 5:8).

They recognized it wasn’t ultimately the stone wall that would keep them safe, but God and His word.

So…How can God’s Word protect against the enemy’s attack?

Your commandment makes me wiser than my enemies, for it is ever with me.

Maybe you feel like the people of Israel when they returned to Jerusalem, like everything in your life is destroyed or a big mess and in need of rebuilding.

Perhaps, you recognize some weak areas, emotionally or spiritually, that need to be strengthened against the enemy.

Whatever it may be,  I think we can all identify at some level with the people of Israel.

We need some fortifying in our lives.

Many times we build walls of defense,  and although they may provide a certain degree of “protection”, our man made walls will only work for so long until the enemy finds a way in.

I believe that we can learn from the people of Israel in Nehemiah 8.

4 Ways to Fortify Your Life:

what we can learn from the Israelites..

This seems like a pretty obvious first step.  In order to know God’s Word we must first read it.  But so often we want the knowledge, but don’t take the time necessary to sit down and read the Bible.

The Israelites were the same.  They were God’s chosen nation.  It was to them He first gave the Scriptures.  They were the ones that had been rescued miraculously from their enemies time and time again.  They were shown the love and care of God like no other nation.

Yet, in spite of all God had given them, they turned away from Him and His Word.  They loved what He had blessed them with instead of loving Him who gave the blessings.

Little by little, they began to act more like the wicked nations around them until they themselves participated in many evil acts-including murder and sacrificing their children to idols.

They didn’t love God, they were simply religious.

Time after time, the LORD warned His people what would happen if they didn’t come back and He lovingly entreated them to return to Him.  But time and time again, the people refused, ignoring the messages that God was sending them, abandoning God and continuing in their wicked ways. And for that God sent them into exile for 70 years.  He allowed their enemies to defeat them and drag them off into a land that was not their own.

Yet, in spite of all this God still loved His people.

Keeping His Word, as always, the exile was over after 70 years and little by little the Isrealite people began to return to Jerusalem and rebuild.

After living most of their life cut off from the Word of God in a pagan land full of lies, they finally are able to read and hear the Truth.

That is why daily, continually we need to be reading and listening to the Word of Truth. So we can “be wiser than our enemies”.

“…the people understood the reading.” Nehemiah 8:8

“And all the people went their way to eat and drink and to send portions and to MAKE GREAT REJOICING, because they had understood the words that were declared to them.” Nehemiah 8:12 (emphasis added)

Here are four of the ways Dictionary.com defines understand:

1.) Understand the meaning of; grasp the idea of; comprehend.

2.) To grasp the significance, implications or importance of;

After reading and listening to God’s Word, they comprehended what God meant, they grasped the significance and importance of what was stated in God’s Law and they accepted it as true.

And because of this…they rejoiced GREATLY!

The ability to understand what God says is a gift from Him.  Thankfully, the moment that we accept Christ as Lord and Savior, we are given the Holy Spirit who will teach us all things (John 14:26) and will be with us forever  (John 14:16).

It truly is a cause for celebration that God has chosen to write a love letter to us and given us His Spirit to help us understand!

When was the last time you rejoiced for the simple, amazing fact that you understood the words that were declared to you in God’s Word?

Today’s a good time to start!

Ezra (a scribe), the heads of the fathers’ houses, priests and Levites came together to study the Law (ch. 8:13). They found in it that the LORD had commanded by Moses that Israel should be celebrating a feast and should temporarily dwell in booths (or tents) to commemorate the time that they lived in the wilderness.  It was a festival to remember God’s protection and provision during that time.

They realized that they were not doing what God wanted because they had not made booths for the festival for hundreds of years.

….So the people went “out to the hills and brought big branches of olive, myrtle and other leafy trees to make booths, as it is written.” (8:15)

After reading, understanding and recognizing, the people were left with one decision: obey or continue to rebel against God.

His Word demands a decision.

The Israelites couldn’t simply remain neutral. Neither can we.

And it seems that they’d learned from their mistakes during their time in exile.  They chose to repent and follow the Lord and His goodness.

Repentance literally means a change of direction, so there can be no repentance without obedience.  If nothing changes, it’s simply regret for consequences and not the godly sorrow that leads to salvation (2 Corinthians 7:10).  You can’t have one without the other–at least not according to the Bible.

So I challenge you…

Fortify the weak areas in your life and leave no room for the enemy to get in.  Allow God to rebuild what needs to be rebuilt and depend not on your own wisdom but in His, because it’s the only counsel that will make you wiser than your enemies.

May we each be fortified as we: Read God’s Word, Rejoice when we Understand, Recognize where we need to Change, and Repent and follow God in Obedience.

View all posts by Lauri

2 thoughts on “4 Steps to Fortify Your Life with God’s Word.”

Looking for Something in Particular?

The unfolding of your words gives light; it imparts understanding to the simple. Psalm 119:130 An excellent wife who can find? She is far more precious than jewels…Charm is deceitful and beauty is vain but a woman who fears the LORD is to be praised. Proverbs 31:10,30 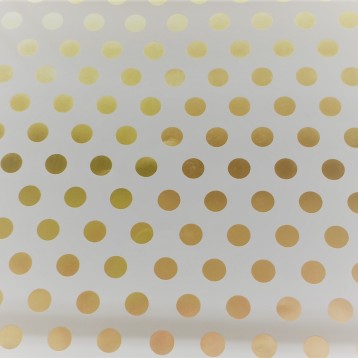 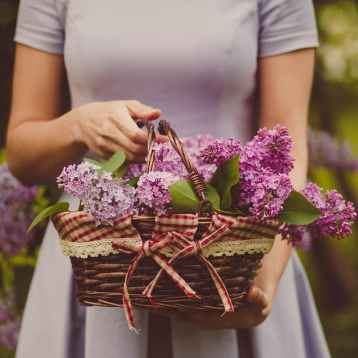